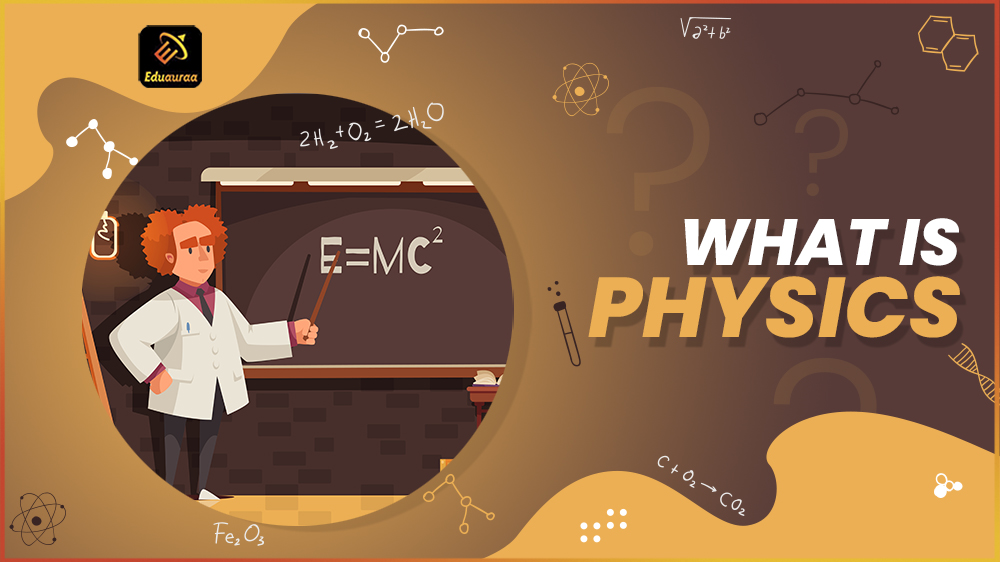 We are surrounded by objects that use energy to work. From automobiles and planes to Wi-Fi and telecommunication devices, everything uses some form of energy.

When learning about physics, we focus heavily on the concept of energy which is the core element of science.

To better understand the term and its connection to energy, we need a solid definition of physics.

Physics is the science in which matter and energy are studied separately and in correlation to each other.

In precise terms, Physics is the science of nature or what we perceive as natural objects which deal with the laws and properties of matter and force that acts upon them.

Physics focuses on several forces having an impact on any matter.

The forces are gravity, heat, light, magnetism, electricity, and more.

Here is a list of the all the field that exists within the science of Physics:

As physics utilizes the elements of the different branches of science – biology, and chemistry, it has the reputation of being the most complicated subject amongst the other science subjects.

Physics relies highly upon scientific methods to describe the natural existence of the natural world and life itself.

To understand the fundamentals of the principles of the universe, physics uses several workings from other natural science.

Due to the overlapping concepts, a specific phenomenon like the conservation of energy is familiar grounds for all material systems in the universe.

The specific ways these different forms of energy interact with each other in the universe are often called the "LAWS OF PHYSICS."

As all the natural sciences – biology, chemistry, geology, material science, medicine, engineering, etc. work in correlation with each other in a fixed system that adheres to the LAWS OF PHYSICS; PHYSICS is often called "Fundamental Science."

As the "laws of physics" apply to all other sciences, specific theories and concepts like quantum mechanics, thermodynamics, and electromagnetism often overlap with other subjects like chemistry.

Mathematics provides the logical structure to all the laws of physics and helps the formulation and prediction of quantified laws.

Several physics definitions, models, and concepts are expressed through the use of mathematical symbols and formulas.

The core difference between physics and mathematics is that physics is concerned with describing the material world.

In contrast, mathematics is focused on abstract logical patterns that often extend beyond the physical world.